An album built on real life, Monsters addresses some of the hardest encounters that the members of LABOR XII, individually, have faced in recent years.

These experiences are not unique to LABOR XII and there is something for everyone on this album.

Monsters, the debut album from LABOR XII, is, at its core, a concept album. Unlike many concept albums, Monsters isn't a story-based album, rather an album that specifically orbits around the central theme of we, as humans, battling monsters, both internal and external. From addressing suicide, to death, to toxic and damaging relationships.

The album took the better part of 2 years to actively write and nearly 8 months to record.

the album was recorded by Ross (singer/guitar player) at Concealed Carey Studios, mixed and mastered by Evan Rodaniche (Powerman 5000, Lacey Sturm, Escape the Fate), produced by Evan Rodaniche and LABOR XII, and features guest, Ken jay Lacey (Static-X) on The Monster Within.

The debut album MONSTERS from LABOR XII. This is a quasi-concept album that addresses variations of some of the monsters we all face in life.

All right I got to say it’s a bad ass song. Cool factor very very high. I absolutely love the production you’ve got some really interesting little artifacts in there which were really cool to listen to. I love the vocal sound I’m a big fan of that really heavy overdrive on the vocals. Without bearing it in reverb very tastefully. I don’t listen to that stuff at all but I got to say I like what you sent. I think it’s it’s good in all honesty. I don’t know the genre very well so I don’t know how it sits in that world. But I can tell you Artist to artist, that I think it’s a good tune. Everything is well executed and professional. Nothing sounded immature or inexperienced. It’s tight. The song is good I think you use the melody well and lyrically I like what you have to say and I think that the title of the track sits in there well it drives at home. But not over done. It’s not repetitive or redundant. Composition is spot on bro. I like the ending too, it’s not abrupt and caught me by surprise as I expected things to pull out. But she pulled out a little and then kept it going and then closed it nicely. I gave it a thumbs up!

Just finished my first pass through Labor XII’s “Monsters” - what a great jam this is. Awesome energy, amazing performance from the players - all masterfully blended together with an awesome sound mix. Starting my second pass through it now…

The new album Monsters from the Lubbock-based band Labor XII is a quasi-concept album. It does not focus on a particular story or one theme. It addresses varying external and internal issues that many people struggle with, their MONSTERS. Drawing from personal experiences to write the album, the band has produced twelve songs covering topics ranging from suicide to toxic relationships.

I first encountered Labor XII in late 2020 when looking for West Texas hard rock and heavy metal songs for one of my radio programs. Scouring the Internet for songs, I came across an earlier version of the album’s debut single, “Suffocate.” I was instantly hooked on Labor XII’s sound and songwriting abilities. A self-proclaimed hard rock band, the band’s sound is reminiscent of hard rock bands that came of age in the late 1990s and early 2000s.

Monsters is a complex album. The songs are melodic, and the progressions are harmonically structured. The album’s song layout is logically organized and flows well. The final song, “The Last Goodbye,” wraps up the overall theme and brings an appropriate sonic closure to the album.

The recording production for the album is clean and full-spectrum. The individual instruments are distinct and have excellent tonality. The vocals and harmonies are well produced. The band elevated the album’s production when they enlisted Evan Rodaniche, who mixed, mastered, and co-produced Monsters.

I didn’t hear a bad song on the album, but my two picks are the debut single “Suffocate” and “Head Rush.” I have only positive things to say about Labor XII’s debut album Monsters!

Curtis Peoples is the archivist for the Crossroads of Music Archive at Texas Tech University and host of the NPR radio program, “Music Crossroads of Texas,” airing on KTTZ 89.1 FM.

This is not niche. It's Mainstream

[I am] Absolutely loving this album. As a guitarist I love the immense wall of guitars. It’s a real comfort to listen to as it’s not full of ideology and hate. This will be my go to when driving in the car. I’ve been lamenting the lack of quality music of late. Vocals are great and iconic. Melodic content is It’s re-listenable over and over. I will smash this album for years…

Every song is great! Not just 1–3. Get Schwifty is so surprising and funky and new. Such an alternate dimension added with that song to the album.

I can safely let this album loop from start to finish. I won’t need to make a playlist to pull the good ones into.[They] have that Alter Bridge/Creed intensity with the Texas/Bluegrass vocals that I’m just a sucker for.

[LABOR XII is]  in the thick of it guys. [They] are amongst those giants. I would say it’s because of the melodic nature of [the] music. Melody justifies everything else. Not everyone can write melodic music. It’s what stays in the head and heart long after you have stopped listening to the songs. [Their] Melodies cause this album to stand on its own.

These songs are for mainstream. Not just niche.

...I am a tough critic. I really haven’t been excited about any music for a long time! 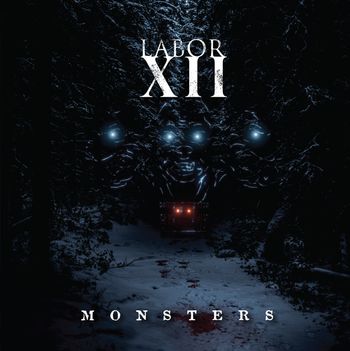 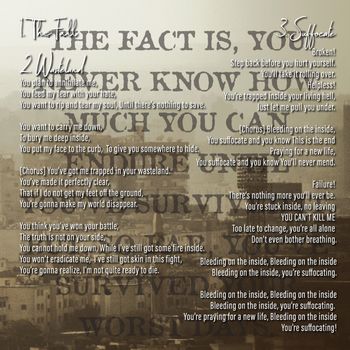 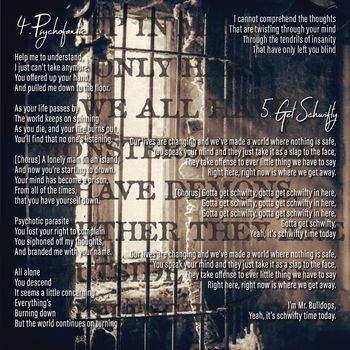 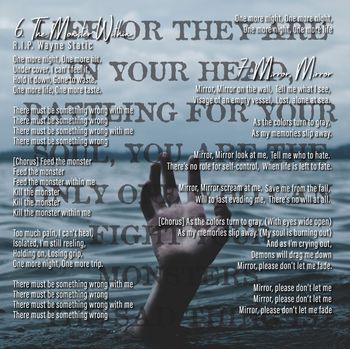 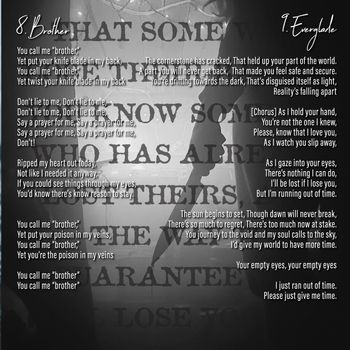 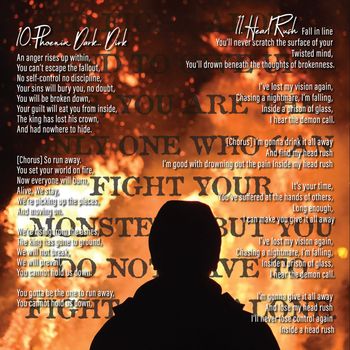 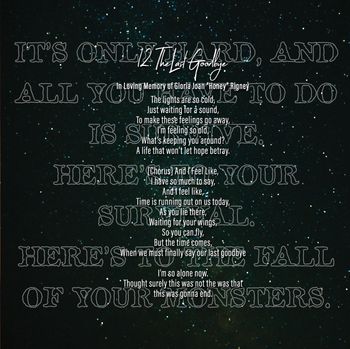 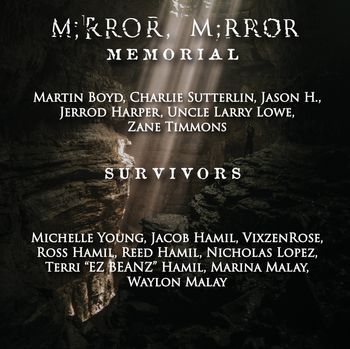 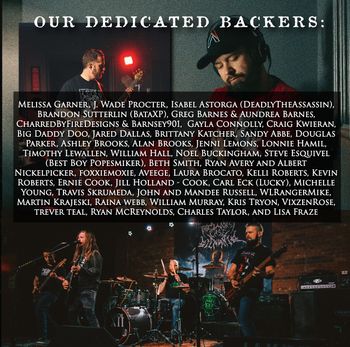 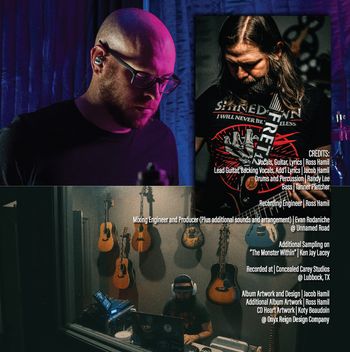 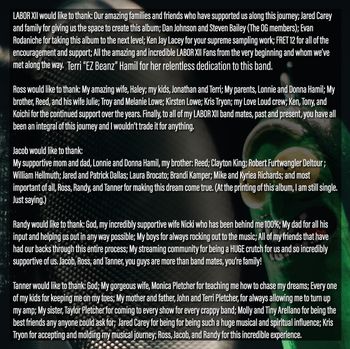 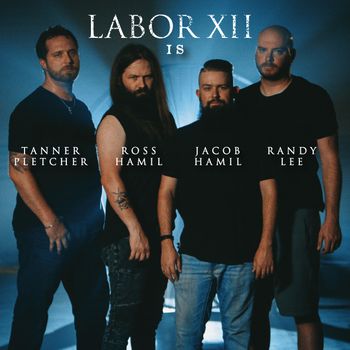